Murphy Livestock is a family run operation. All animals are bred and owned by current and former Junior Cattlemen/Women, Dervin, Rowan and Flynn Murphy. They trace their roots back to the California Gold rush, and indeed their family still owns land deeded to them by Captain Weber in the 1800's. Their grandparents are long time California cattlemen, having just celebrated the 100th anniversary of the G Bar brand.
Dervin manages the day to day operations of the cattle ranch. Dervin prides himself on providing gentle, broke cattle, and loves working with the kids and their animals.  Dervin can often be found helping other local cattlemen doing ground work, clipping, show assistance and his newest venture photography and editing.
Rowan is the girl with the golden bulls. She has proudly raised the Polled Hereford Champion for two years at Red Bluff, going Supreme and Reserve Supreme. Rowan served as the California Nevada Hereford Queen in 2016. Rowan is the reason we specialize in disposition. It is her goal to raise cattle compatible for other kids with disabilities like her. She and her brothers work hard to make sure that every animal they raise is gentle and Rowan approved.
Flynn, congratulations!! He just graduated from  Venture Academy High School. Also known as Dr Dolittle, Flynn is the cow whisperer. Flynn has one of the most beautiful cow lines on the ranch. Flynn will be heading off to Seattle to the Divers Institute to become a deep water diver, and someday start a cattle ranch...in Australia. Great to see big dreams. 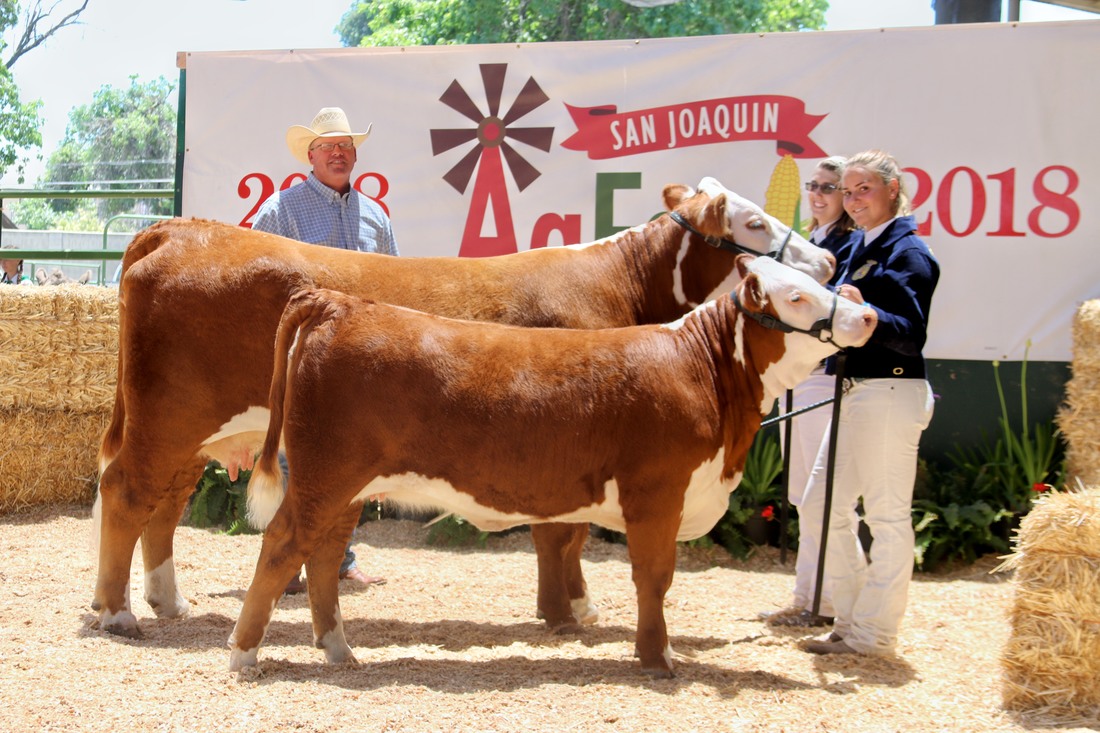